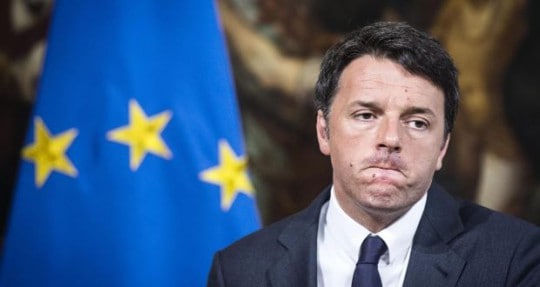 Just as Acton concluded its ‘Reclaiming the West: Freedom and Responsibility‘conference series in London on Dec. 1, Italy was getting ready to decide its own fate among troubled Western democracies.  On Dec. 4,  the storied homeland to some of the greatest intellectual, political, religious and artistic genius over the last 2,500 years voted to implement or reject deep political reform via the ruling Partito Democratico’s proposed constitutional referendum.
No doubt it was a fundamental decision about freedom and responsibility. But apparently not a ‘do or die’ proposition, as billed from the left-wing party’s bully pulpit.
On Dec. 5, a record poll turnout (70%) resulted in Italians putting their feet down, a clear and decisive stop to Prime Minister Matteo Renzi’s ‘December Revolution’. The ‘No’ vote won by a landslide margin: 20 percentage points (60% to 40%).
It is as if Italy had tuned in to Acton’s conference ‘The Crisis of Liberty in the West’, where outspoken Europeans advocated for ordered liberty. They called for deeper reflection on core human values and steadfastness in upholding timeless truths, rather than seeking change for its own sake or for some momentary advantage, thereby creating bastions of relativism and utilitarianism among civic institutions. This is challenging advice for Italians, who historically have been seduced by the brilliant sophistry of their scheming political leaders.
Last week, however, Italian voters stood united. They showed they were sick and tired of being hoodwinked during debates and ultimately at the polls. Enough was enough: Basta! No longer would their suffrage be cashed out for any party’s short-term political gain.
In short, Italian voters smelled a rat – a ruse used for a political power play.
Prime Minister Matteo Renzi’s left coalition had sought to reduce senatorial seats and parliamentary budgets, but not without also seeking these senior politician’s full immunity from criminal prosecution or eliminating their ‘golden pensions’, many fancy trappings, and other costly perks; they had sought their more direct regional representation, a variant of federalism, but without such leaders being chosen by popular election.
To help lovers of Italy diagnose the referendum defeat, I have interviewed two of the most shrewd Italian pundits, both of whom were against the referendum for different reasons. One is Marco Respinti — a Russell Kirk devotee and journalist from Milan.
The other is Pietro Paganini, who is a Rome-based professor of entrepreneurship, as well as an economic and political analyst on national television.

A Q&A with Marco Respinti and Pietro Paganini.

SEVERANCE: A record voter participation at Italian polls sent Prime Minister Matteo Renzi packing with his failed constitutional referendum ( 60% ‘No’) and promise to tender his resignation to President Mattarella. In your opinion was there ‘progress’ or ‘regress’ made in choosing the status quo? Please explain either way.

RESPINTI: ‘Progress’, as in what is best for now. Constitutions are not pieces of ‘poetry’ to be re-interpreted by each new generation nor toys to play with. In just one vote, the referendum asked Italians to change more than 40 laws. This is not realistic.  People want to change one point [of constitutional law] before changing another. But how could all this be decided on one single ballot? To change the Italian Constitution, we would need a Constitutional Assembly. Summoning a constitutional convention has proven hard, but this is no reason to change the law of the land light-heartedly. The referendum asked us to go down a dark alley of the unknown and unnecessary novelties. For sure we will have to amend our Constitution, but with due process –and for the best, not for the worst.

PAGANINI: This isn’t [really] the question: the referendum was not aimed at measuring progress or regress with respect to the status quo…The vote was on a question that summarized constitutional changes. The 60% are No’s to those changes. It was not a question about change in general or any change to the constitution.
Unfortunately, most of the international media, including some senior analysts, simplified this reform proposal in the [sense of] change vs conservation. This is wrong.

EVERANCE: The ‘No’ voters seemed to be disturbed by various factors, among which a lack of clarity and transparency on many of the core constitutional issues. In addition they complained about very little public debate and an overly-simplified campaign slogan (‘Just say Yes’). Is this true and why so?

RESPINTI: Of course it is true. Many of the proposed changes are just technicalities that people are simply not familiar with. Prime Minister Matteo Renzi tried to influence the vote with many ‘gifts’ and ‘promises’ on the side, but Italians read right through him. They are not fools.
The referendum began as a question of some constitutional changes. As time went on, it became a referendum on Renzi’s government and their political platform. Renzi wanted the referendum in this spirit. And, in the end, he paid a hefty price.
Renzi’s politics has meant playing games – for example, merely changing names of tax laws to lay claim he had canceled some while creating new taxes in their place! It has also meant hypocritical labor policies, mass immigration with no clear understanding of what is at stake and, above all, caretaker governments (Renzi’s  third!) formed without national elections.

PAGANINI: It was a very bad proposal to reform the constitution. Full stop. It was poorly written. It [only] worsened during the parliamentary debate and vote.

SEVERANCE: The ‘No’ majority is said to have feared a concentration of power in the hands of the center left (from 300 to 100 senators) and all for short-term political gain. Is there any basis for this utilitarian political complaint?

RESPINTI: Yes, of course.  You see it properly when you consider the proposed changes in the Constitution in line with the proposed new electoral law, the so called ‘Italicum’, which based on the idea of giving a large premio di maggioranza (‘majority boost’) to the party who gains the relative majority of the popular vote.  Given that the center-right coalition is so factious, this means that the Partito Democratico could win the next elections with, say, only 25% of the popular vote, but ‘magically’ gain 70% of seats in Parliament.
They call this a device to assure governance, but it’s just a trick to overpower one party in spite of its real popular or political representation.

PAGANINI: Certainly some voted against the Prime Minister, as well as some simply voted against [the referendum despite partisanship]. The risk of a concentration of power was there no matter what political force governs the country.  The so-called ‘checks and balances’ of power would have been weakened.
The proposal was designed to speed up the legislation process and, thereby, parliamentary and governmental decisions. Unfortunately, it ended up bearing the high risk of undermining people’s sovereignty.

SEVERANCE: Also, the ‘No’ voters feared that the life-long ‘immunity’ clause given to senators elected by regional powers and mayors (not directly by the people), represented a double form of corruption and disincentive for performance. Is this true and why?

RESPINTI: It’s true. The new Senate envisioned by Renzi’s reform would have been one not elected by the people.  95 regional senators (of the total 100 seats) would have been bureaucratically elected at different ‘political institutional’ levels; the remaining 5 senators would have been nominated by Italy’s president for reason of special merit. Hence, not one single Senator would be elected by popular vote.
Bear in mind also that the proposed election reform would have had these politicians doubling as both national senators and local administrators. As regional politicians they would not enjoy immunity as such, but indeed so when acting as national senators. What a mess!

PAGANINI: It’s only one of the many [confusing] issues associated with the reform proposal.

SEVERANCE: What will Renzi do now that he has resigned? Will he stay involved in the ‘political process’?

RESPINTI:  He is tempted in two different ways. First would be to abandon politics –for a long while or even forever (he said that for him losing the referendum would have meant a ‘farewell’ to politics).  The second option is just the opposite: a temporary step-down from the caretaker government, calling for national elections as soon as possible, so that he may be elected by popular vote.
In fact, the silver-lining in the ‘yes’ loss is found in the losing percentage:  40%. Most of that number, say 80/90%, comes from people who would vote for him to become prime minister. So Renzi may be tempted now to run for office counting on that large a number supporting his views – not large enough to pass the referendum, yet more than enough for his Partito Democratico to win a majority in national elections.

PAGANINI: Of course. He wants to run and win again. But, he cannot wait too long before new elections [are called], otherwise he will lose further appeal [as a leader].
Renzi’s main idea for now is, during a time of chaos, to pass the [political] football to the other side, so as to demonstrate that no one is capable [of leadership] among the opposition, that nobody dares [to take charge] or has a clue how to govern such a complicated country.