“Marine Le Pen succeeded by ‘breaching into the Left'” 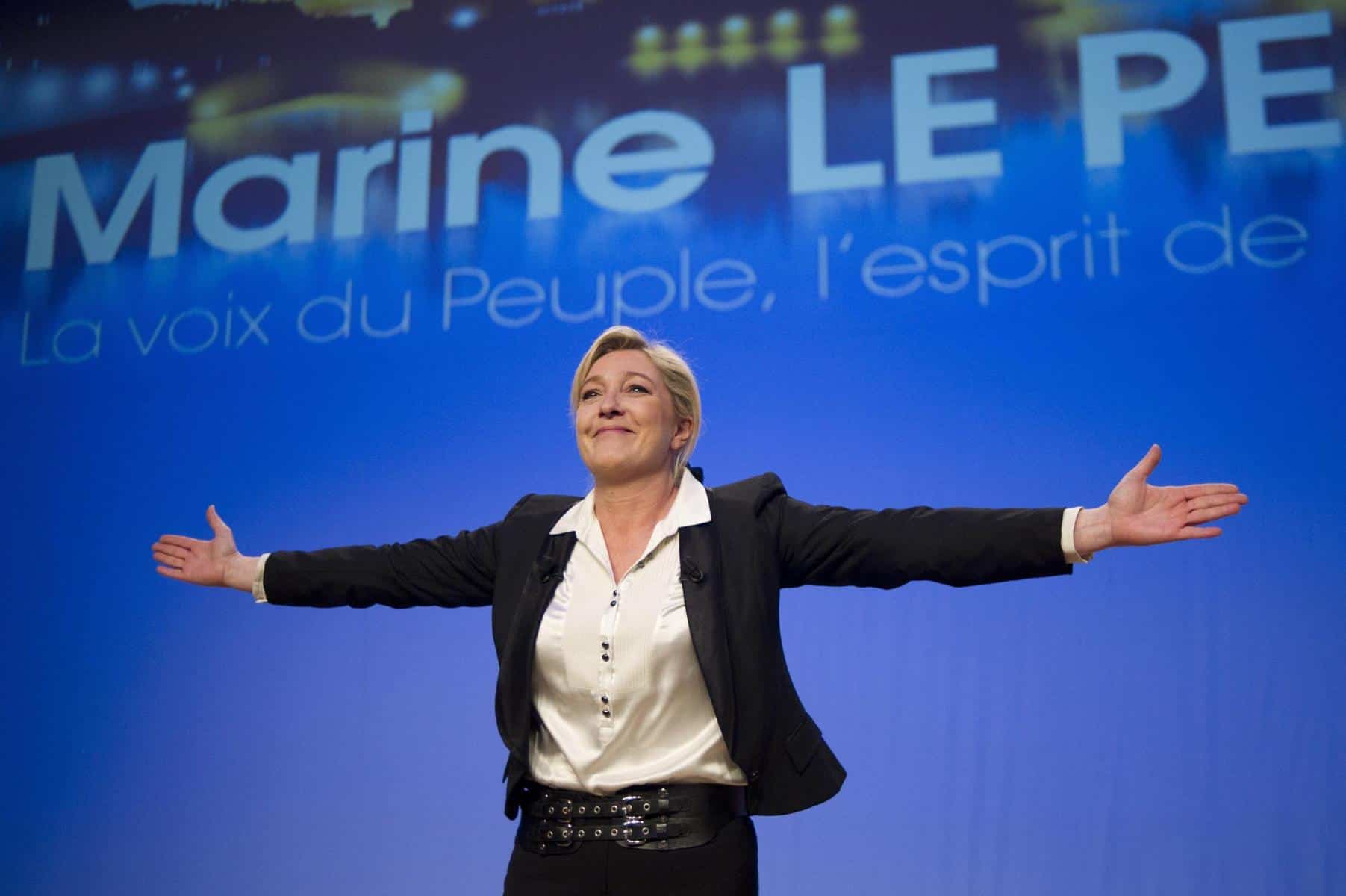 On Sunday, Emmanuel Macron won the first round of the French presidential elections and is the odds-on favorite to become le president de la République. However, under French law, a candidate takes up residence in Élysée Palace only after winning an absolute majority of popular votes; if no candidate reaches that threshold in the first round, the two most popular candidates go on to a second ballot in two weeks.

Macron has been able to beat the candidate-to-be-beaten, Marine Le Pen, by two percent of the vote. But the Le Pen is the real political winner of the competition, even if she fails to get the majority of votes on May 7. She took a party of the “far-Right” and successfully appealed to the Left.

Le Pen has been the leader of National Front (FN) since 2011, after she succeeded in wrestling its leadership out of the hands of her own father, Jean-Marie Le Pen, who founded it in 1972 as a neo-fascist party of sorts. He had previously anointed her as his successor, but Marine saw that her father’s reputation limited her ambitions, so she joined in the chorus of those calling him an extremist and anti-Semite. (Such allegations have been levelled against her, as well.) After years of vote totals that hardly budged, Marine’s key political undertaking has been rebranding the party in order to broaden FN’s electoral base.

Marine’s new strategy bears the old name of “breaching into the Left,” a classical feature of the European nationalist (so-called) Right – and a highly revealing one. In the second half of the twentieth century, European neo-fascist movements and groups have grown steadily dissatisfied with being labelled “rightist” by media and political opponents because of the association of the term “Right” with capitalism, Atlanticism, and a generally warm embrace of the United States and even Israel. (In Italy, the term also indicates monarchism.) Over the years, these groups branded themselves a “third force.” During the Cold War, they assured voters they were “neither with the Soviets, nor with America.” Such “far-Right” economic nationalist and populist movements ‒ which were by no means less statist than their fascist forebears – struggled to gain credibility as “differently leftist.”

The election results remind all international observers that freedom is not free and, for the time being, it is not on the march in France.

Of the many attempts to transform quasi-fascist parties into a brand of nationalism that spans the entire political spectrum, the French FN is the most successful. Winning its bet, it has enlarged its electoral base and appeal. It has gained national momentum. It has made immigration its defining political theme. And it has successfully breached into the Left.

As matter of fact, the new man of the FN behind Marine Le Pen is Florian Philippot, one of the party’s five vice presidents in charge of strategy and communication. Philippot comes from the ranks of Jean-Pierre Chevènement, a former Socialist leader who founded the “Mouvement des citoyens” (later renamed the “Mouvement Républicain et Citoyen,” or the Republican and Citizen Movement). In French, this is part of what is known as la Gauche souvraniste, or the “Sovereignist Left.” In France “souvranisme” is the self-selected label by which all varieties of nationalists have banded together for years. It started as an opposition to the European Union’s internationalism and developed into a philosophy of “neither Left, nor Right.” It proposes both nationalist and socialist policies that would further ensnare France’s democratic institutions in its long political tradition of nationalization and statism. Those proposals are necessary, as there is no other way to possibly keep together such different political pedigrees and ideological sentiments as one can find in the National Front of France, or the separatist Lega Nord of Italy, or Italy’s Five Star Movement (Movimento 5 Stelle). “Souvranisme” lures the masses by promising “change,” and its only strength is the critique of the status quo. As long as people like Marine Le Pen can blame all societal problems on the euro, immigration, and, yes, the free market, votes will come.

The funny ‒ or frightening ‒ thing is that the free market evil that the French Sovereignists want to combat and correct is hardly the free market. Such a thing does not exist in France. It is instead the lack of a genuine free market at both the national and European levels. The problems of society come from a form of cronyism, corruption, and the degradation of property rights that Sovereignists would further dismantle. The tragedy is that, being unable to articulate an adequate language or program for reform, they keep using the old, dull, anti-market phraseology of the leftists.

While Le Pen has popularized her statist revolution, Macron truly embodies the establishment. That seems odd to say about a man who was a stranger just two years ago, who doesn’t even have a party (his En Marche! or “On the Move” movement is just an electoral cartel with no history and no territoriality), and who is running as an independent. He, too, claims to be “nor Left, nor Right,” but he in fact is a center-leftist defining promoting a mixed economy and a socially liberal agenda. His public rhetoric mingles an appreciations of market reforms with support for welfare that could be found only from one who worked with both the Rothschild banking interests and the Socialist Party.

An American reader could get the impression that France is now on the ballot to choose between a sort of Donald Trump populist (Marine Le Pen) and a variety of Bill Clinton pragmatist (Emmanuel Macron). But this is misleading. Trump has shown a flexibility in his political and economic views that would be impossible for an ideologically blinkered statist like Le Pen.

What, then, is missing in the French general election? A champion of both true economic freedom and a respect for religious liberty that would undergird a free and virtuous society. That mantle belonged to François Fillon of Les Républicains (the Republican Party), a deeply religious man and a sincere Thatcherite in economics. He launched the only genuine challenge to the establishment of entrenched statism and two-centuries old secularism of the French res publica in this election. But his campaign has floundered after a fiscal scandal involving corruption and nepotism; thus he ended third behind Macron and Le Pen. He is now out of the race ‒ as are Jean-Luc Mélenchon of the hard-Left La France Insoumise (“Untamed France”) and Benoît Hamon of the Socialist Party.

The election results remind all international observers that freedom is not free and, for the time being, it is not on the march in France.