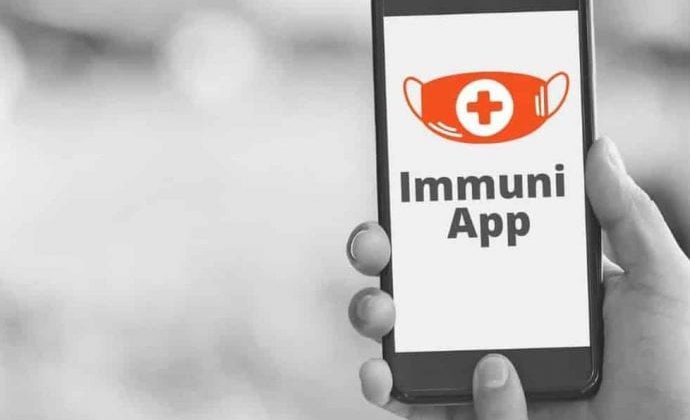 Italy led much of the world into a coronavirus lockdown, with the highest infection rates and death counts during March and early April, and now it’s also setting a tone for the exit, with the government here announcing a gradual return to normality beginning May 4.

Even before it debuted, however, authorities were forced to roll back a key element of the plan involving a digital tracking app that would record people’s movements as a means of preventing a new round of contagion once the quarantine ends, but which has generated serious resistance related to privacy, surveillance and big government.

So far neither the Italian church nor the Vatican have spoken out, but according to experts both in Italy and the U.S. on the intersection of privacy and Catholic doctrine, should they enter the fray, their position likely wouldn’t be clear-cut.

“From the viewpoint of the social teaching of the Church, it’s not a simple yes or no,” said Lorenzo Cantoni, a professor of information technology and new media at the Università della Svizzera Italiana in Lugano, Switzerland.

“On the one hand, there’s the value of protecting public health. On the other is individual privacy and freedom, which is to be protected and preserved,” Cantoni said. “Balancing these two principles is the issue, which is not at all easy.”

“If the tracking app would use my data to better allow the health system to take care of everyone, then I have to do it,” said Franciscan Father Paolo Benanti, an expert in artificial intelligence and the ethics of digital technology at Rome’s Jesuit-run Gregorian University and a member of the Pontifical Academy for Life as well as a consulter to the Vatican’s Pontifical Council for Culture.

“The real question is, what does a given app do and what’s behind it?” Benanti said.

As part of a phased-in loosening of a national lockdown, Italian authorities have announced the launch of a new app called “Immuni,” which is designed to record persons with whom the user comes into contact, with the idea being that if someone becomes infected those other individuals can be notified and tested to be sure they’re not also carrying the disease.

The app relies on Bluetooth, requiring that a user have the app installed and Bluetooth active.

Initially, government officials suggested use of the app would be mandatory to be exempt from present limitations on movement, which stipulate that leaving the house is permitted only for certain reasons, such as going to work in an “essential” service, going to a grocery store or pharmacy, or going to a hospital or other health care facility.

On Tuesday, however, Italian media reported that those plans had been abandoned in light of political opposition from both left and right, largely on grounds that making such a tracking system obligatory represents an unwarranted expansion of government powers.

Filipo Sensi of the leftist Democratic Party called such measures reminiscent of “authoritarian countries,” while the populist right-wing leader of the Lega party, Matteo Salvini, said the freedom of Italians “is not for sale.”

In part, those reactions were fueled by an open letter published Monday from scientists and researchers from more than 25 countries urging governments not to abuse tracking technology to spy on their people.

“We are concerned that some ‘solutions’ to the crisis may, via mission creep, result in systems which would allow unprecedented surveillance of society at large,” said the letter that gathered more than 300 signatures.

Italian officials now say they’ll attempt to find ways to incentivize use of the app instead, possibly including giving users direct access to doctors, allowing them to receive prescriptions and to have fast-track access to pharmacies. Scientific advisors say that for the data generated to be effective, at least 60 percent of Italy’s population of roughly 60 million people will need to use the app.

Government officials also have said the software will be “open source,” meaning subject to public review, and that all data collected, except voluntarily anything devoted to medical research, will be deleted once the contagion is contained.

Should the church decide to weigh in, experts say it would bring a perspective that wouldn’t axiomatically either bless or reject tracking technology.

Benanti told Crux that the concept of a “right to privacy” as understood today is an artifact of 18th century political theory, especially as developed in the U.S. The Church, he said, tends to focus more on care for the human person, of which privacy is one aspect, “but far from the most important.”

“If privacy and life are at odds, life is clearly more fundamental,” he said.

In recent decades, a “right to privacy” also has been controversial among many Catholic ethicists and social activists, in large part because of its association with the 1973 Roe v. Wade decision in the U.S. legalizing abortion.

Yet in his 2011 book The Blessing of Life, Brian Kane, a senior ethicist at the U.S.-based Catholic Health Association, pointed out that the Catholic Church does recognize privacy among basic human goods. The document Gaudium et Spes of the Second Vatican Council (1962-65) taught the human person has a right “to his good name, to respect, to proper knowledge, to act according to the dictates of conscience and to safeguard his privacy.”

In similar fashion, a 1971 Vatican document titled Communio et Progressio acknowledged a “right of privacy which protects the private life of families and individuals.”

Kane, however, told Crux that in the Church’s understanding, that right to privacy is not absolute.

“We have to identify the social needs, and not just somebody’s desires, about tracking. To what extent does tracking enable all of us to become healthier while minimizing the limitation of an individual person’s choices?” Kane asked.

“It’s a false concept of privacy and freedom that individuals don’t have any duties to one another,” he said. “It’s not an absolute right not to be interfered with, or to be allowed to do anything we want.”

Cantoni said that a Catholic way of thinking about tracking apps would be to apply two tests:

For Cantoni, the problem for a Catholic thinking about measures such as the Immuni app isn’t really theoretical – “it’s clear there’s a good at stake, which is trying to preserve public health” – but whether it’s proportional, in the sense of whether it would actually work.

“Also, what about newborn kids and minors? Are they supposed to bring mobile phones with them?” Cantoni asked. “I’m not sure that’s realistic.”

Kane pointed to another practical problem.

“If the government is making these phone apps a requirement, it seems to me the vulnerable and poor populations are being left out of that solution,” he said. “We’d need to ensure those needs are being met.”

Benanti said yet another issue is an “imbalance of power” between the individual user of any such tracking app, and the states that promote them and the corporations that develop and profit from them.

Still, he said, that doesn’t mean a Catholic necessarily should be resistant.

“As a Catholic, we are citizens of the place we are, and we must act as a good citizen in our country seeking for justice,” he said.

“We have to analyze any app being proposed in that light,” Benanti said.