Ti trovi qui: Home / English version / The mystery of the Cross and the murder of Bashir Gemayel 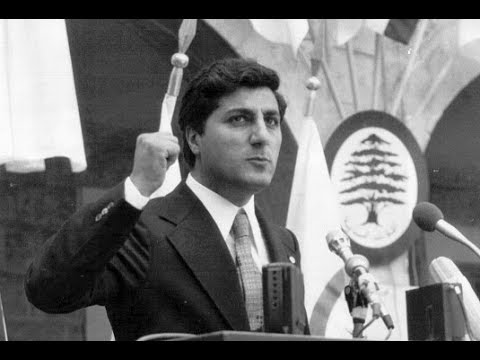 The Church celebrates the exaltation of the Cross, a great and complex mystery. In addition, on the same day, the violent death of Lebanon’s elected president, 39 years ago, is remembered.

On 14 September, the Church celebrates the feast of the Exaltation of the Cross, one of the most important mysteries of the Christian faith. We are all ready to welcome with joy the mystery of the incarnation of the Word and his virginal birth, which illuminate the feast of Christmas, but we all struggle to understand why the glory of the resurrection must pass through the cross. Moreover, the difficulty arises not so much from Christ’s sacrifice, which we admire and venerate, but from the fact that Jesus wanted to indicate, with the cross, our path as well, both personally and as the public presence of Christians. This is the greatest difficulty, accepting the mysterious way by which the Lord wanted to overcome death and sin, challenging the devil and thus obtaining our salvation and that of the whole world, if we only know how to accept his grace.

This was also the great difficulty of the Apostles, who were reluctant to accept a Messiah who, humanly speaking, would be defeated, even crucified, while they, Judas in particular, wanted His temporal triumph.

Pope Francis described very well this “temptation”, which every Christian, even with the best of intentions, experiences every time he sees evil, error and malice of God’s enemies triumph: “In the eyes of the world, the cross is a failure. And we too are in danger of stopping at this first, superficial glance, of not accepting the logic of the cross; of not accepting that God saves us by letting the evil of the world be unleashed upon him. Not accepting, except in words, the weak and crucified God, and dreaming of a strong and triumphant God.  This is a great temptation. How often we aspire to a victorious Christianity, to a triumphalist Christianity, which has relevance and importance, which receives glory and honour. But a Christianity without a cross is worldly and becomes sterile” (Byzantine Divine Liturgy, 14 September 2021, apostolic journey to Slovakia).

Of course, this should not make us forget that in order to promote the salvation of every man, which is the task of the Church, it can be very useful to try to build “a society on a human scale and according to God’s plan” (St John Paul II), just because it can be less difficult to profess the faith in a Christian society and also because social doctrine is one of the many ways of giving glory to God by making the Christian faith part of the social life of a nation.

14 September is also the anniversary of the death of a Maronite Catholic who was elected president of the Republic of Lebanon on 23 August 1982 and assassinated in a terrorist attack, along with 26 leaders of his party, exactly on that day.  Bashir Gemayel was born in 1947 and I remember with dismay those who, like me, wondered why the young president had died so brutally. It was the mystery of the Cross that once again struck the Land of the Cedars, a “message”, as the Pontiffs have called it, to indicate that this country was indeed a message of peace and collaboration between the different religions at a civil level, within a world, the Middle East, dominated by fundamentalism and contempt for religious freedom. This man had fought for the freedom of his country and could, as president, have tried to build that ‘message-country’ which the Popes and the Maronite Church had always hoped for. He was violently prevented from doing it precisely on a day when it is impossible not to think of the mystery of the Cross, a Cross that has never abandoned this extraordinary people, still afflicted by injustice, war and misery.